The LCD screen is used to display images in devices. It uses an electric field to operate, which leads to a change in the orientation of liquid crystals, which in turn leads to a change in the polarization of light – and consequently to the display of an image. Under the name of LCD screen are many types of displays that surround us and are found in many devices. Where can you find it? For example, in mobile devices, but also in monitors or televisions. And what is an LCD contrast potentiometer? What is it used for and what is its task? Is it in every device that has an LCD screen?

LCD screens can be unreadable. Why? Usually by the contrast used to display the content. Properly set contrast and brightness of the screen make the displayed image readable, and at the same time – more pleasant to look at. At the same time, it should be borne in mind that too much contrast between the image displayed on the screen and the surroundings causes the eyesight to tire faster. You will feel this most quickly at night, when the room is poorly lit. It is worth mentioning that you can always reduce the contrast and brightness of the image on the screen yourself. The LCD contrast potentiometer is often used to adjust the contrast. 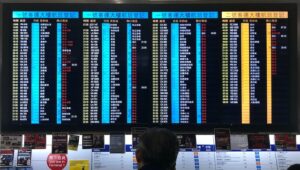 What is the LCD contrast potentiometer used for ?

The LCD contrast potentiometer allows us to get the right contrast on the display. The potentiometer is adjusted to achieve the desired appearance of the LCD display. However, it is worth remembering that turning the adjustment to extreme positions can result in a completely burnt-out image, with no visible letters.